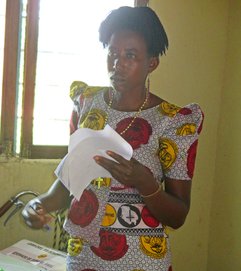 In June 2015, the preschool network organised a one-week seminar for those members who did not participate in previous seminars.

This time it was IDC's preschool teachers, Helena Justine (see the photo to the right) and Gaudencia Mayayi who were the seminar leaders. 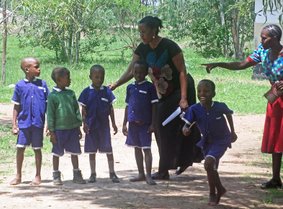 ”Siku ya mtoto wa Ihushi" (Children's Day in Ihushi) has become a new positive concept – not only in the village of Ihushi but also in the villages around. The idea is that children's groups from the members of the preschool network meet one day for joint activities (games, songs, group exercises, etc.) together with their preschool teachers and parents' representatives. Politicians and school leaders are also invited. The day is a stimulus and encouragement for children and preschool teachers, while increasing the awareness of politicians and parents about the possibilities and importance of preschool. Read more! 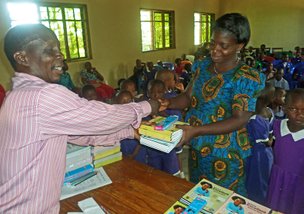 In 2013, a training program was initiated with a seminar for IDC's two preschool teachers and preschool teachers at nine municipal preschools in the area. The seminar was greatly appreciated and became a boost for all participants. It also became the start of a collaboration that led to the launching in 2014 of a preschool network.

The network members meet regularly for a continuous exchange of experience and to take different joint initiatives such as ”Children's Day in Ihushi". The network has also organized further seminars for the members and attempts to influence politicians and school leaders to create better conditions for municipal preschools. It is really necessary, because the situation at the municipal preschools is uncomfortable with too large children's groups (often more than 100 children per adult), inappropriate facilities and lack of resources. For these discussions with politicians and school leaders, IDC's preschool is important as an example to show what is possible.