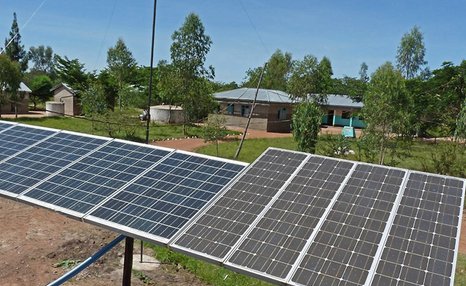 Ihushi is located in an area that has long been missing electricity from the national grid. Thus, already a few years after IDC was started, the possibility of using solar panels at the learning center was considered. When the meeting hall was built in 2004, the first solar panels were installed for power to lighting, TV and VCR.

in 2006, a decision was made ​​to invest in a workshop with electric machines (planer, circular saw, lathe, welder, etc). Then, the issue of electrification of the entire center became a pressing issue, which required a great deal of thought for both Ihushi Development centre (IDC) and Friendship with Ihushi. The solution was a hybrid system using a combination of solar panels and a diesel generator. The installation was made by a local consultant called Ambrose Elias. During  the process of decision-making, system design and installation Frank Fiedler at the Solar Energy Research Center, SERC, (in Borlänge, Sweden) offered valuable advice.

Hybrid systems of the type now available at IDC could be installed at many other centres (with schools, shops and small enterprises) where there is no electricity from the national grid. Consequently, Frank Fiedler and his colleagues at the SERC has received Sida funding for a research project focused on following up how IDC's hybrid system works, in order to draw conclusions about how this type of system should be designed as simply and cost-effectively as possible. Read more!

In 2013, the TANESCO (Tanzania Electric Supply Company Limited) began to  draw a power line for electricity through Ihushi and down to Kayenze, a township at the shores of Lake Victoria. Two years later, it became possible for IDC to connect to this power grid. The solar system at IDC's learning center remains, but is now only used  when there is a power failure. 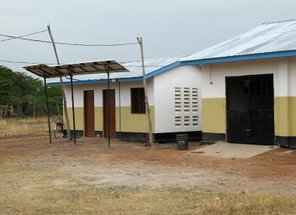 The small building behind the solar panels is the "power house", with a room for the diesel generator and a "solar room" with batteries, an inverter, a controller, switches and measuring instruments.

From the power house there are wires to all buildings at the center – for lighting, TV, computers, carpentry machines, a welder, a refrigerator, mobile chargers, TV and a DVD player, etc. 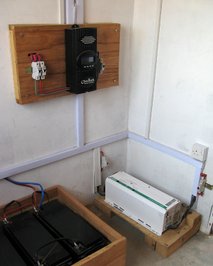 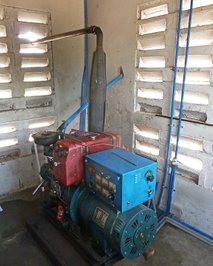